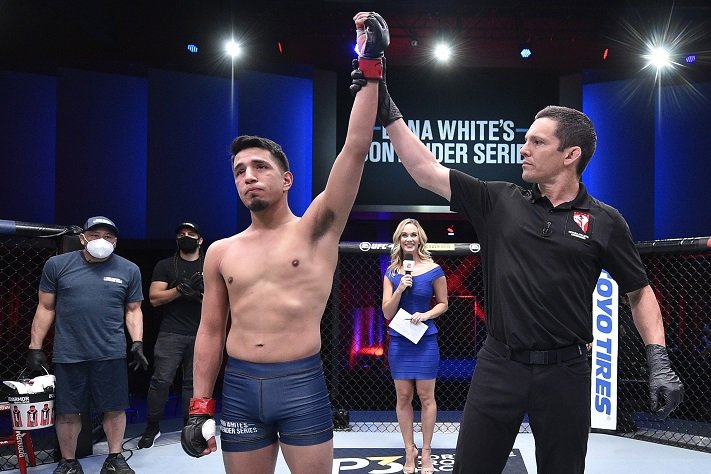 Yanez looking for a first round exciting finish in his UFC debut, To impress Dana White but also Yanez father whose looking far above as his father always believed he can sign with the UFC.

“Whenever my dad would drive me to practice, on the freeway that we would take we’d see the Toyota Center in Houston and he’d tell me, ‘You’re gonna be fighting in there one day,’” recalled Yanez. “My dad had that much belief in me before I even went pro. He knew I was gonna be here.”

Fought his way to the UFC, Never giving up on his dream to the UFC. Making his dream a reality.

“Right after the fight I had that ‘whoa’ factor that I hit my dream,” he said. “My dream was to get a UFC contract and for me to hit that goal was amazing. I was on this high. And then the next day when I woke up, I went back home and I had this switch where I said, I’m here, but my next thing I have to do is to prove that I belong. So it’s not even a glow; I’m still trying to prove my worth and October 31st, I’m gonna go in there and show everybody that I belong here.”

October 31st Yanez fighting on the prelims underneath his favorite fighter Anderson Silva. Couldn’t be a better way to make a UFC debut. 50k bonus showing a Spider Silva display of striking.