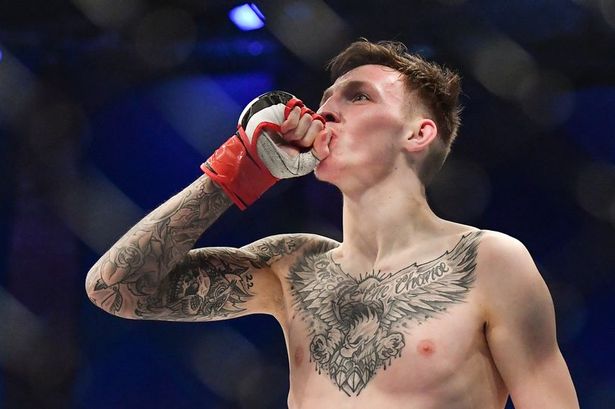 Khamzat Chimaev is the favorite in this fight as he dominated John Phillips in his UFC debut. Even though Chimaev is a talented wrestler I believe that Rhys Mckee will get the win on July 25th.

See a third round finish for Rhys Mckee by a numerous amount of punches. McKee nickname is the skeleton because of his skinny frame but don’t judge a book by it’s cover, He’s a Northern Ireland savage.

Last win was against Hakon Fross in Cage Warriors was a impressive performance, First round knock out but the fight before that against Perry Andre Goodwin. Three round spectacle where you seen no quit in the Skeletor. Really watched his heart and desire in that fight.

Fight was a grinder, Bloody fight but Rhys Mckee was mentally stronger to get the win.

Since Rhys Mckee has been in some wars, Title fights for the best feeder league promotion in Europe I believe Rhys Mckee shocks people and defeats Khamzat Chimaev.