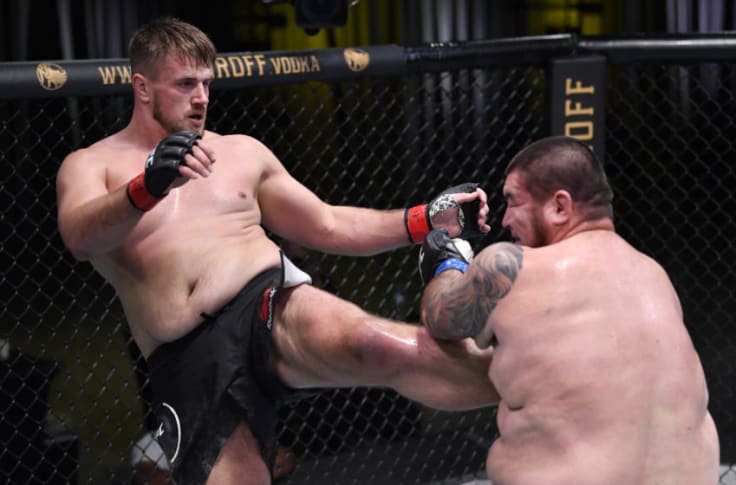 Last year been waiting for Alexander Romanov UFC debut, Seeing he got signed by the UFC. Nothing but excitement because Romanov is one talented Heavyweight as we seen his UFC debut.

On the mat, Romanov is a problem — and a big one at that. He uses his weight to smother guys in top position and once he’s on top, especially in mount, he’s hard to shake off. His top position is reminiscent of Derrick Lewis. For a big man Romanov moves well on top and once he lets loose on the ground and pound he will rain down heavy strikes until the ref steps in. Romanov is a submission threat but it’s sort of white belt level, submitting opponents with neck cranks and forearm chokes. Nonetheless it shows how strong the Moldovan really is. His striking would be his biggest weakness and it’s important to note that the longer the fight goes on, the bigger a problem his cardio becomes.

Looking forward to the rest of 2020 for Alexander Romamov and his UFC future. Definitely needs to improve in areas but with hard work he can become a UFC Heavyweight Champion one day.