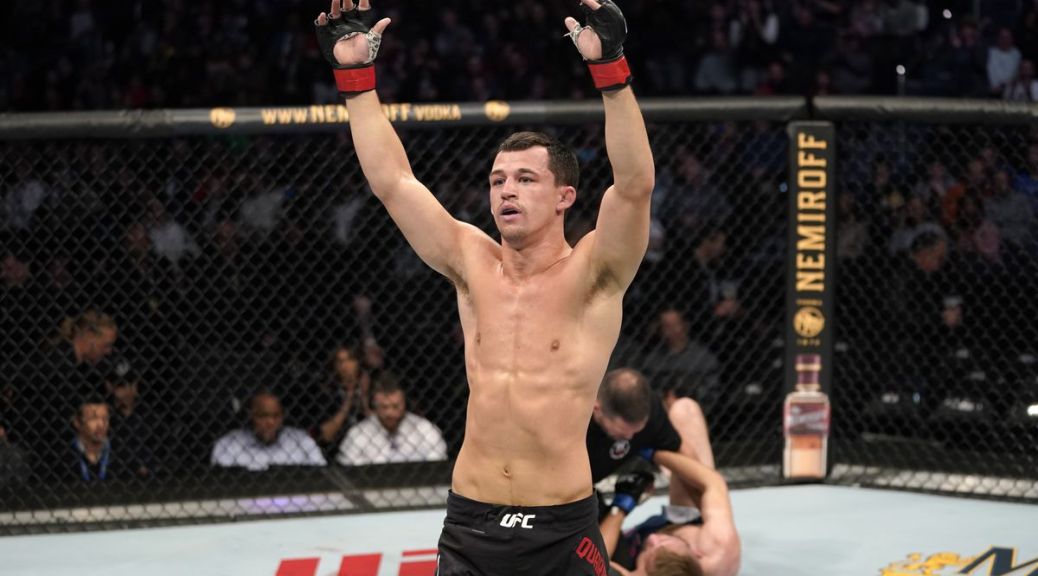 Billy Quarantillo King of the Cage former Lightweight Champion, Former contestant of the Ultimate Fighter is making his second UFC appearance by fighting Spike Carlyle at Woodley vs Burns.

Quarantillo had a triangle choke submission win in his UFC debut, In his second fight looking for another finish. Rewarded a fifty grand bonus to head home with.

Going for a kill, Billy Quarantillo can entertain the fans at home as they wait for the Woodley vs Burns fight. Impressing Dana White, Sean Shelby, Mick Maynard with a 1st or 2nd round finish.

Mentioned before that Quarantillo was a contestant on the Ultimate Fighter Faber vs McGregor. Lost the oppurtunity to fight for the UFC but because of his strong mindset and determination is now with the UFC.

No way in hell Billy will let this opportunity to sneak away from. Like’s the matchup of him fighting Spike Carlyle and will see why Billy belongs in the UFC. Revenging the loss for his teammate Aalon Cruz who lost to Spike Carlyle.