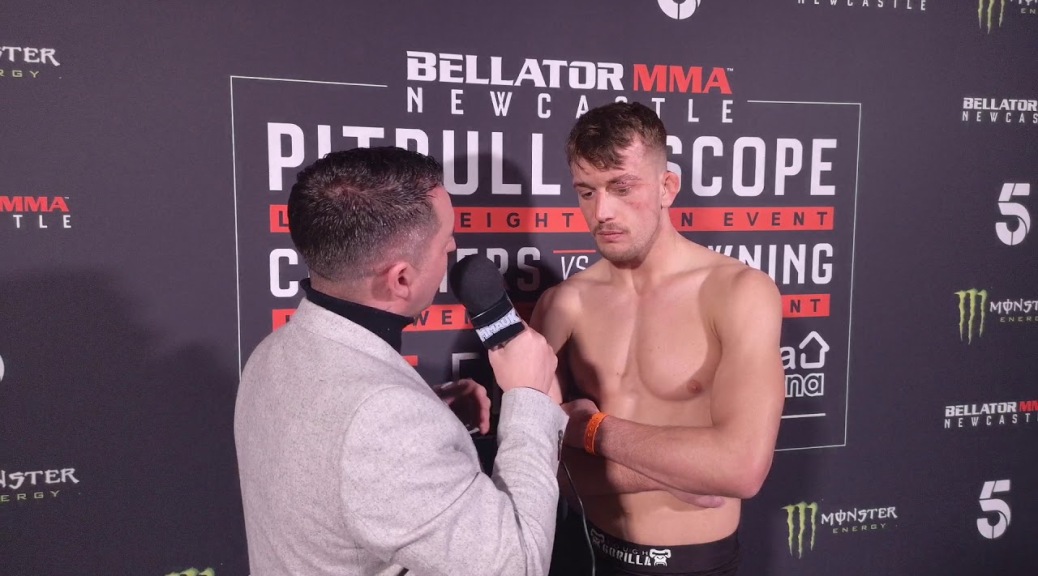 Justin Burlinson 22 years old is 5-0, England Welterweight Prospect that signed with Bellator. One of Bellator’s better signing as he can represent the future for Bellator as Justin Burlinson has a lot of promise.

“By the end of this year I want to have fought another 4 times and be in the top 5 welterweights in the country. So I know I have to win here and that’s exactly what I plan to do.”

Burlinson in fight against Tommy King, BAMMA Fight you can see the talent their. Raw talent just needs to keep working hard at the gym and not get distracted by the fame, Coming from a small city in England.

Burlinson may be only 4-0 as a pro but this 22-year-old has a lot of experience as he went 15-1 as an amateur. Burlinson is well-rounded that needs a little sharpening around the edges with takedown defense and at times, his striking. He has knockout power and good striking fundamentals but is better on the ground with effective jiu-jitsu. He’s a big threat with submissions holding twelve career wins by that method.

Bellator has two wins over Wendel Lewis and Maciek Gierszewski in his Bellator career.