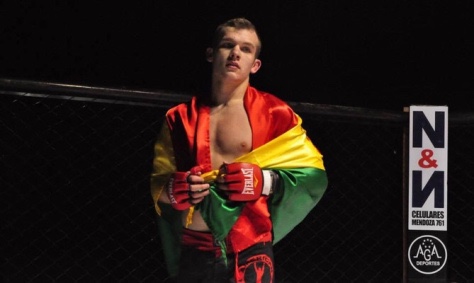 Kevin Syler 10-0 at 26 years old competed on the Dana White Contender Series against Lance Lawrence but didn’t get signed because of missing weight.

Surprised Bellator didn’t sign him the same way they did with Austin Vanderford.

“My weight when I started camp was really high,” Syler told MMA Fighting. “But it’s usually high anyway, it’s nothing I’ve never been at and I was not worried at all, to be honest. I like my food and I walk around pretty heavy, but it’s not like it’s anything that worried me. By the start of camp, I started doing my diet, the normal stuff I always do and the weight just was not coming down as it always is.

In 2020 expect for Kevin Syler to act like a professional and make weight for his fights. Syler is one of the best Latin America prospects from Bolivia. Will see Kevin Syler get another opportunity to fight on the Contender Series or get a short notice fight.

Hopefully Syler gets another opportunity as he becomes the next wave of talent coming out American Top Team.