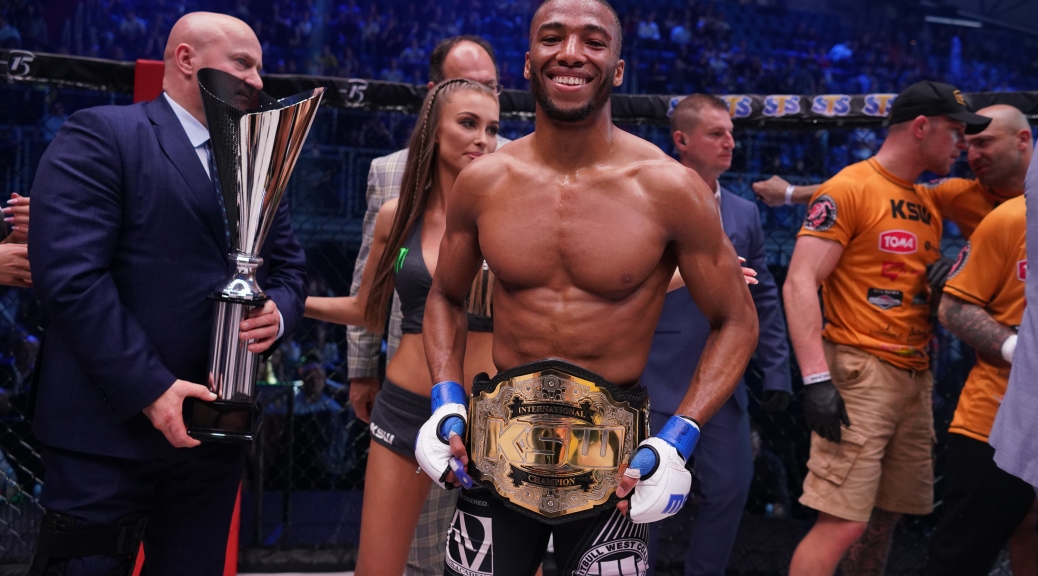 Salahdine Parnasse one of the best MMA prospects in the world!! Parnasse is only 22 years old with a record of 14-0, Fights for one of the most underrated MMA promotions in KSW a Polish MMA promotion. Beating the top fighters KSW has to offer him. Definitely fighting for the UFC in the future but rather the UFC, How about Bellator!

Parnasse (13-0-1) is considered a standout prospect in Europe and has proven his caliber since signing on the dotted line for KSW in 2017. The 21-year-old’s interim title capture came on the back of four consecutive wins with the Polish promotion.

After his KSW Featherweight Title Reign he can sign with UFC’s Toughest Competitor… Bellator. Bellator has came a long way since 2008, Having Scott Coker as their promoter and a stable of fighters such as Rory MacDonald, Ryan Bader, Gegard Mousasi and many more. Parnasse would be a perfect addition to the Bellator Roster becoming a star and a future Bellator Featherweight Champion.

Bellator is more aggressive lately by holding events in Europe and since Parnasse native country is France. Be a no brainer to promote European events with Parnasse being the main event!! Parnasse would be the future for Bellator MMA, One of the main attractions fighting the top Bellator Featherweights or Lightweight if he chooses to move up in weight for a superfight.

Wish this dream becomes a reality, Bellator does whatever they can to sign Parnasse, Having a future Bellator Featherweight Champion and the best Featherweight in the world when he reaches his prime.