Bellator 222, June 14th is a stacked card with MacDonald vs Gracie being the main event, Sonnen vs Machida being the co Main Event. However besides those two fights there is a fight fans are overlooking… Ricky Bandejas vs Patrick Mix two bantamweights looking to make a name for themselves and go on a run to become Bellator Bantamweight Champions.

Patrick Mix is making his Bellator Debut on Bellator 222, Mix one of the hottest prospects and Bellator signed him. Mix was the King of the Cage Bantamweight Champion and defended the belt several times. Mix will be making his debut in his homestate, New York !!

A native of Angola, N.Y., Mix has captured the KOTC bantamweight crown while compiling a 10-0 career mark. His resume includes wins over current UFC talent Andre Ewell and CES 135-pound king Tony Gravely – both of which ended inside the distance. The 25-year-old is current training at Jackson-Wink MMA in Albuquerque, N.M.  https://www.google.com/amp/s/m.sherdog.com/news/news/KOTC-Champ-Patrick-Mix-to-Face-Ricky-Bandejas-at-Bellator-222-on-June-14-153741/amp

Bandejas (11-2-0) has won just one of two under the Bellator MMA banner and that lone win came against James Gallagher at Bellator 204. Bandejas is a former Cage Fury Fighting Championship Bantamweight Champion, defeating Nick Mamalis at CFFC 69 to win the gold. Bandejas has suffered two losses as a professional MMA fighter and one of them came to UFC veteran Nick Pace. https://www.google.com/amp/s/www.fightful.com/mma/report-ricky-bandejas-faces-patrick-mix-bellator-222%3famp

Bandejas not looking to start a losing streak as he lost to Juan Archuleta in January. Bandejas I’m sure will be motivated to put on a show for Scott Coker and Bellator fans. Bandejas trying to get a winning streak going as he climbs to the top of the Bellator Bantamweight Division, His first obstacle is fighting Patrick Mix!!

Perfect timing for both fighters in there careers as both of them are young hungry lions, Not even in the prime of there careers yet. Both of them are extremely motivated to become Bellator Bantamweight Champions and will do there best to make an amazing impression under the lights of Madison Square Garden. 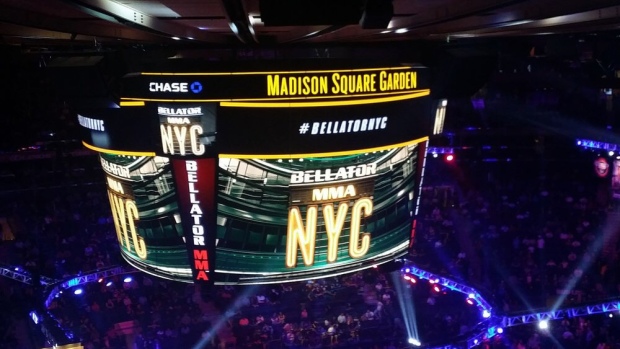 Excited for this fight watching two future Bellator Champions fight to the end. Pumped to see Mix Bellator Debut because he’s one of the top prospects in the United States and Bandejas is a Bellator Star in the making.