“As CFFC continues to cement its place as the industry’s leading developmental MMA organization, we’re thrilled to bring one of the sport’s fastest rising stars in Miranda Granger to Spotlight 29 with a historic title on the line,” said Rob Haydak, President of CFFC. “Miranda has the potential to be a breakout star and her tenacity and aggression make her a can’t-miss fighter. Heloisa is equally dangerous and wants to show the world that she is one of the top 115-pound athletes. This is a great fight with history at stake and Spotlight 29 is the perfect venue for a bout of this caliber.” 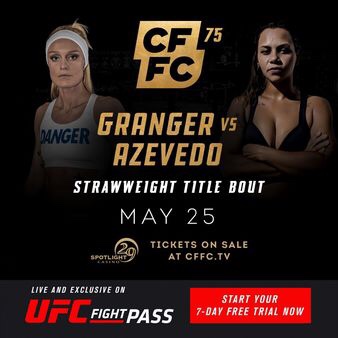